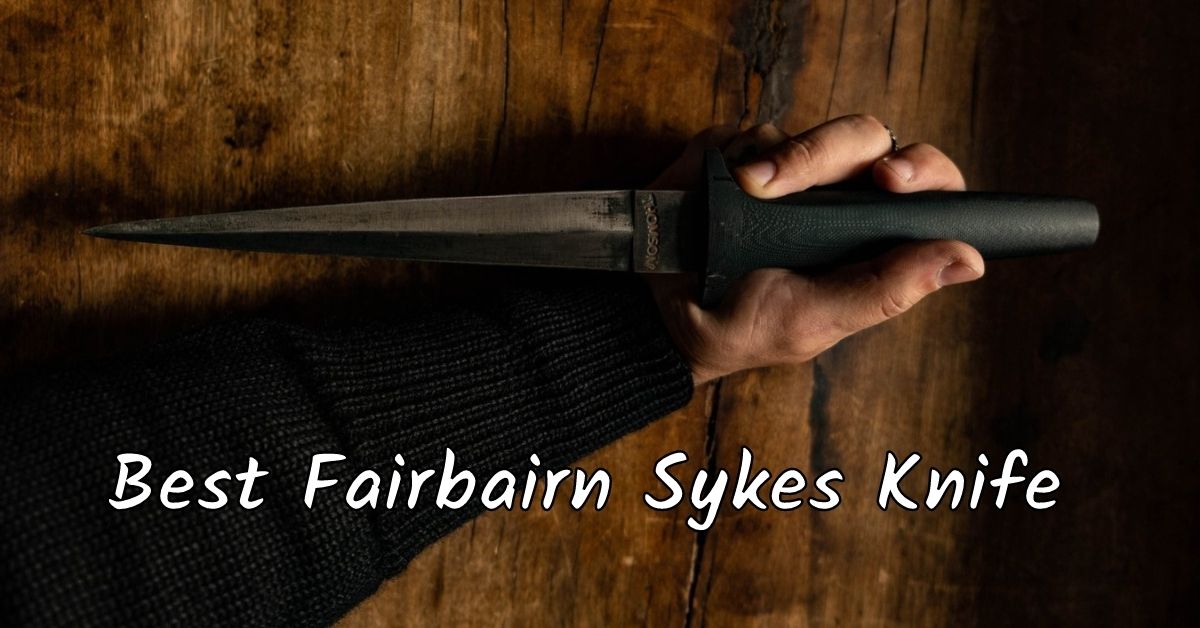 The Fairbairn-Sykes Fighting Knife is a double-edged fighting knife that was developed in parallel with the commando dagger by William E. Fairbairn and Eric Anthony Sykes during World War II. It is still carried by some special forces units today. The original design dates back to 1940, but there have been several updated versions since then. In this article, we will discuss about Fairbairn knife, its uses, and some of the best Fairbairn sykes knife of recent times.

Boker Fairbairn Sykes knife is a perfect combination of beauty and quality. With a High carbon stainless steel and a durable handle, this is the top knife of this best Fairbairn sykes knife review.

The Boker Knife Company was founded in 1869. The success of the company is based on tradition, experience, and innovation. Engineered in Solingen, Germany, the Boker Plus Tactical Knives are a design masterpiece. And this Apple gate combat II knife is one of their most high-end product.

The Boker Fairbairn-sykes knife is made of high-quality stainless steel and has a clip-point blade shape. The knife features a Solingen 440C stainless steel blade. And this knife has a bead-blasted finish. Actually, This kind of knife was designed by Rex Applegate and William E. Fairbairn in WWII for close-combat knife fighting. So the blade is etched with the signatures of both designers.

The Combat II knife has a razor-sharp edge that can easily be maintained with a stone. With a Rockwell hardness of 58, the blade is designed to retain its edge for long and can withstand any wear and tear.

This Boker Apple Gate Fairbairn Combat II knife is an updated version of the original Fairbairn Sykes fighting knife. It has a fiberglass-reinforced Delrin handle that is thickened in the center for a sure grip. The handle meets a short, forward-bending cross guard that protects the fingers. The balance of inserting steel weights into the handle makes it beautifully ergonomic.

And this beautiful knife comes with a durable Cordura sheath. Moreover, the black Kydex sheath comes with an adjustable Tek-Lok Belt Clip.

This Ka-Bar ek44 is a beautiful knife made by well renowned USA-based knife brand Ka-Bar. And this EK44 is one of the most anticipated and high-end commando knives by Ka-Bar.

KA-BAR (EK44) is a knife designed by Ethan Becker. It is made from 1095 Cro-Van alloy steel with a brown and blackish blade. The blade is tempered to give it a hardness of 56-58 HRC. This gives the knife excellent edge retention and resistance to chipping and cracking.

The Ka-Bar Ek44 is a reproduction of the original Fairbairn-Sykes Fighting Knife. It features a durable parkerized blade with a 20-degree cutting angle. And it features a hard blade for long-lasting edge retention.

The Ka-Bar Ek44 Fairbairn sykes knife has textured glass-filled nylon handles with a traditional x-head fastener. The black handle is triple-riveted for strength and a great look. Specifications include a 6.6-inch blade and 12.625 inches overall.

The KA-BAR EK44 features an us-made celcon sheath with a retaining strap, self-locking function, and multiple tie-down points. The knife sheath is easy to wear and remove.

This Szco black steel knife is the most affordable and budget-friendly Fairbairn knife of this best Fairbairn sykes commando knife review. But don’t get confused by its low price, actually, this knife features some amazing qualities.

The SZCO black steel knife is a full-tang knife made of black stainless steel. It offers a 3.5″ plain edge blade and a hardwood handle. The whole blade is black, giving it a unique appearance.

This knife features a plain blade edge. And it is a double bevel knife so both left and right-hand users.

As with the blade, it has a black handle made of black metal. And there is a metal guard on the handle so that handgrip doesn’t slip to the blade.

Overall, this is an amazing knife for beginners or for those people who what a decent Fairbairn combat knife is a reasonable price.

The Fairbairn Sykes knife is a fighting knife that was designed by William E (William Rodgers) in 1941 around the time of the second world war. It is sometimes referred to as the FS knife or the commando knife. The Fairbairn Sykes knife was based on the traditional Roman double-edged dagger. It has a triangular blade that is sharpened on both sides and a knuckle duster grip. The knife is 9.5 inches long, with a blade length of 5.5 inches. And by time, The Fairbairn sykes knife was adopted by the British Army.

How to spot a fake Fairbairn sykes knife?

How to use a Fairbairn sykes knife?

The Fairbairn-Sykes Fighting Knife is a double-edged dagger that was specifically designed for commando and special forces use. The Fairbairn-Sykes Fighting Knife is not just a weapon; it is also a tool. The versatile blade can be used for a variety of tasks, including cutting through ropes, and opening. And you need to have some practice before using the knife properly. 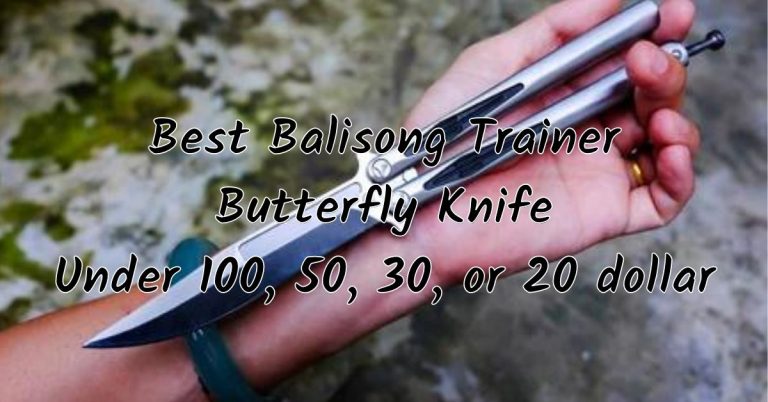 A balisong, also known as a butterfly knife, is a folding pocketknife with two handles that rotate around the blade…. 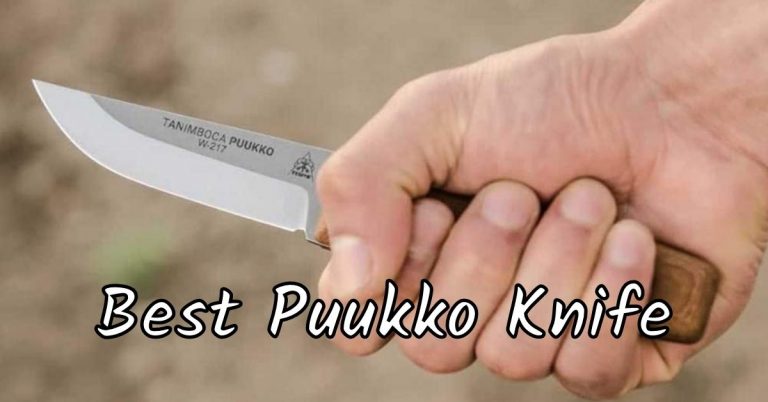 Finnish puukko knives have a long and rich history, dating back to the early 1700s. These knives are characterized by… 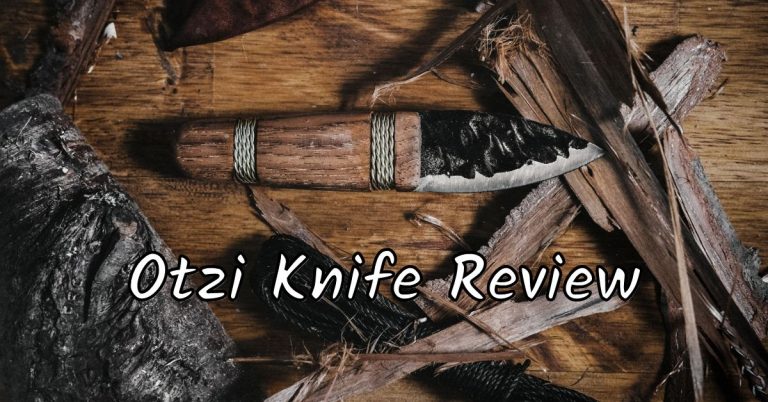 Otzi Knife by Condor Tool & Knife is one of the most unique and interesting knives on the market today….